The Probes in OPAL 2.0.0 also show a strange behavior. I placed a test probe in the cyclotron. Every particle in the cyclotron goes through this probe exactly once. I noticed that some particles are counted twice, some particles not at all. I made a minimal example to show the problem. This is the input file: comet_min_example.in The magnetic field map: BMap_Dummy_m.txt Here is a plot of the tracks: 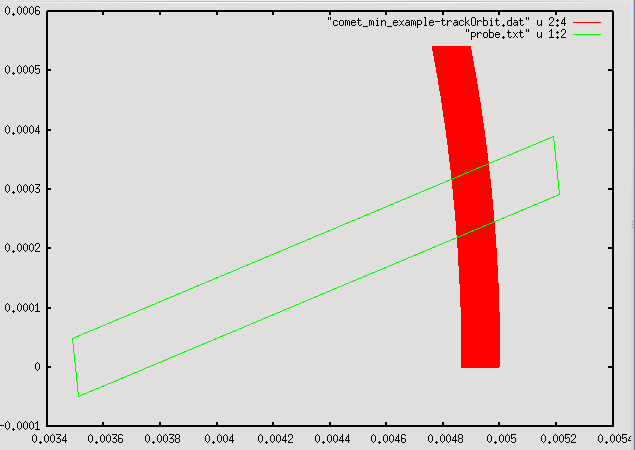 You see clearly, that every particle goes through the probe. The simulation was done with NPART=1000. However in the PROBE.hist file, only 996 particles are counted. With this example I was not able to reproduce a situation where some particles are counted twice, but this also happened in my original simulation.